Activism on housing has sprung out of the Democratic Socialists of America and General Defense Council’s 2018 winter campaign to force the City and County of Missoula to respond to the ongoing crisis of Missoulians without houses. Unhoused Missoulians bear the brunt of the harsh winter climate due to the plain fact that they are not housed and that there is no place for them to go in lieu of housing during freezing temperatures.

Last winter, the DSA Mutual Aid working group and GDC, in collaboration with Open AID Alliance, convinced city leaders to provide a warming shelter at the Mountain Line Downtown Transfer Center during the freezing winter days and transit by bus to the Salvation Army in the evenings. According to a source close to the Salvation Army, the influx of unhoused people was a nightly strain on the organization’s resources, pointing to a need for further action from the city and county regarding unhoused Missoulians.

Energized by city and county leaders’ action under pressure from DSA and GDC, housing-focused committees within these organizations are now attending Missoula City Council and County Commissioner meetings to build a strategy to apply more pressure to the City and County to act in more meaningful and structural ways. “The warming shelters were a bandaid over the city’s lack of serious action on housing,” said DSA and IWW member Michael Workman. “The United Nations declared housing as a human right over 50 years ago. We should start treating it like it,” said Eliot Thompson, another DSA member.

Thompson points to a lack of affordable housing as a cause for the unhoused population. According to US Census data, Missoula’s median family household income was $79,364 in 2017 and has been relatively flat over the previous 10 years. Meanwhile, the median home list price has soared 35% from $269,000 in 2009 to $364,000 in 2019, according to Zillow.

To afford a home in Missoula, a family would need to pay nearly 45% of their pre-tax monthly income on a mortgage for the median home price. According to Investopedia, most mortgage lenders say the housing costs for homeowners should not exceed 28% of their pre-tax income. Lenders will sometimes make loans for people who exceed 40%, but that puts Missoula families in a tight spot.

“I’m aware of ‘stacks’ of pre-qualification letters at our local banks for families that can afford a home for $190,000 to $250,000,” Hermina Jean Harold, Executive Director of Trust Montana, a community land trust organization, told The Missoula Tempo. “There are almost no homes for them to buy. Those of us trapped in the rental market contribute to low vacancy rates, which means landlords can keep raising rents.”

For renters, the situation is not much better. Nearly half of all Missoulians rent, according to Census Bureau data. 42% of Missoulians rent compared to 36% nationwide. Also, vacancy rates are untenably low in Missoula with local property management companies reporting a vacancy rate of 1.6-1.8% compared to 6.8% nationwide. When housing availability and pricing is left to market forces, lower vacancy rates spur increased monthly rents from property management companies and property owners.

The DSA’s strategy to address these housing issues is to organize Missoula renters into a tenants union and to increase pressure on city and county officials to include more tenant voices within their housing advisory committees. The city and county utilize housing advisory committees to help inform housing strategies and policies. DSA organizers noted that these advisory committees are mostly made up of housing industry professionals such as land developers and real estate agents and that public comment is the only place where tenant voices have been included.

As the DSA continues its strategy of organizing tenants and pressuring city and county officials, the DSA’s Mutual Aid working group and GDC are working on ensuring that the “bandaid” warming shelter provided last year for Missoula’s unhoused population starts earlier this year. If the Poverello’s plumbing woes continue and the already strained resources of the Salvation Army are not able to take on the population of unhoused Missoulians this winter, Missoula leaders could face a crisis that will force city and county officials to act in a more permanent and sustained way. 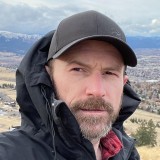